What are the Causes of Obesity? 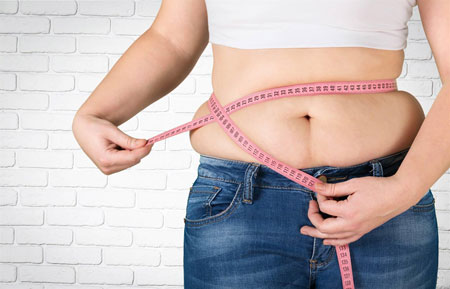 If you're getting fat, there's a reason!

The same question always comes back to our minds: Why am I gaining weight?
So much so that we try to normalize it even when we consume unnecessary snacks, we convince ourselves: Actually, I follow a well-balanced diet!
However, mostly, we know that this is a big lie.

Irregular and unbalanced diet, fast food style, staying away from sports and living sedentary are the most important reasons for weight gain.
This is how obesity occurs.
It's not just about aesthetics.
Because while gaining weight, some of our vital organs also get fat.

At the beginning of the nutritional mistakes are uncontrolled meals, carbohydrate-containing substances and consuming too much sugary drinks after long periods of hunger.

Such nutritional mistakes are emerging as the most important causes of obesity.

If both parents are overweight, the probability of obesity in children is 80%. Some hormonal reasons such as diabetes, thyroid gland diseases, adrenal gland diseases can be among the causes of obesity.

Starting from childhood, a healthy diet and active lifestyle should be adopted in order to prevent lipoidosis.

Let's Take a Look at the Causes of Obesity

What are the Diseases Caused by Obesity?

The most common chronic disease that develops due to obesity is diabetes, which is popularly referred to as "sugar disease". So how does “diabetes” arise? Excessive increase in adipose tissue reduces the sensitivity of the cells in the body to the hormone insulin, and this causes insulin resistance. Sugar in the blood clashes with cells that become desensitized to insulin. Thus, blood sugar rises. The situation in question is the problem that is effective in the development of Type-2 diabetes. Type 2 diabetes is the most common type of diabetes, and many people with obesity have insulin resistance. Insulin resistance is observed in patients at the initial level, which is called prediabetes and where diabetes has not yet fully developed. This period is very important. Because diabetes can be prevented in this process with a weight loss diet or bariatric surgery.

“I am a blood pressure patient.”
“Which of us are not?”
These are the daily conversations we encounter very often.
Our blood pressure goes down and up!
We do not see, we do not want to see, that one of the most important reasons for this is actually due to our mistakes in eating habits.

Commonly worldwide, hypertension disease is seen approximately 3 times more frequently in obese patients than in individuals of normal weight. Among the causes of hypertension in obese individuals, there are many factors such as the increase in adipose tissue, accordingly excessive insulin production (hyperinsulinemia) and insulin resistance, and deterioration in vascular and cell structures. Therefore, it is very effective for obesity patients to reach their ideal weight, to prevent hypertension or to prevent its progression.

It is very important to consult a dietician and nutritionist, eat right, and follow the recommendations before “your blood pressure goes up”.

We all have a heart. We all have a duty to protect our heart!
Because obesity is one of the most important causes of heart diseases.
In obese individuals, excessive fat, especially around the belly and abdomen, can negatively affect its functioning by putting pressure on the heart. In addition, as a result of obesity-related insulin resistance, blood sugar may rise and cause structural deterioration in the vascular walls. This may form the basis of cardiovascular diseases. As a result of all these, the probability of cardiovascular diseases in obese patients is much higher than in healthy people. Treating obesity as early as possible is important in terms of preventing these diseases.

Another health problem in which obesity is considered as a risk factor is paralysis, also known as "stroke" in the colloquial language. The voluntary loss of movement ability of the muscles in certain parts of our body is a condition called paralysis. The incidence of serious acute complications such as myocardial infarction (heart attack) and cerebral hemorrhage increases significantly in obesity patients due to structural deterioration in the vessels and increased risk of hypertension. All this is the cause of paralysis.

In patients with obesity, sagging and enlargement of the palate and uvula, narrowing of the airways and shortness of breath are frequently observed. During sleep, there is a narrowing in the respiratory tract due to the weight created by the abdominal region in the body in the supine position. As a result of these complications, sleep apnea, a health problem characterized by the cessation of breathing for a certain period of time while asleep, occurs.

Asthma, which is one of the diseases that seriously complicates the quality of life, is much more severe in obese individuals than in individuals of normal weight. Asthma attacks can be seen much more frequently depending on the increase in the weight of the individuals and it becomes difficult to keep the disease under control. Therefore, it is important to maintain weight control in order to increase the success rate in the treatment of asthma coexisting with obesity.

In addition to medical complications, obesity patients who experience negative aesthetics also experience problems such as exclusion from the society. These patients are more likely to have psychological problems such as depression, lack of self-confidence, and obsessive-compulsive disorder. The way to overcome psychological problems is the individual’s reaching their ideal weight.

The first step to success is believing in change.